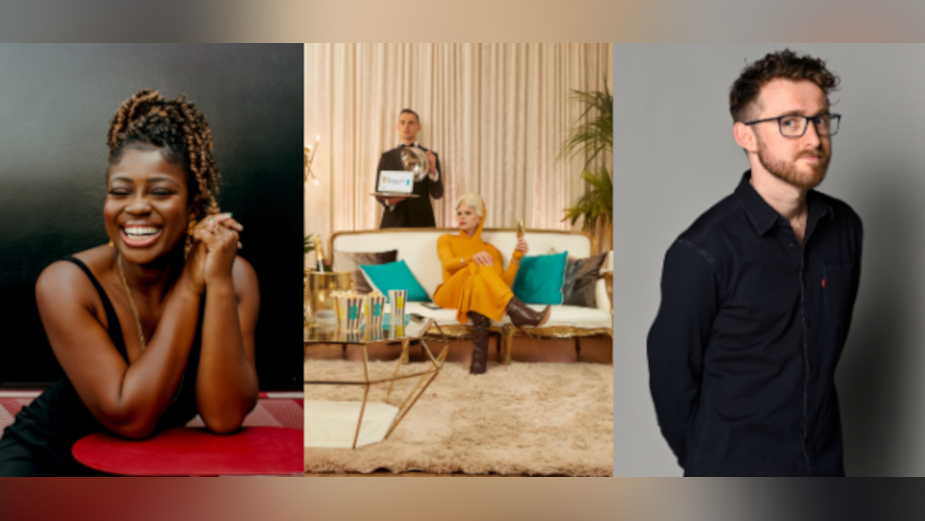 With only days to go until the EE British Academy Film Awards, EE unveils the full star-studded line up for its first ever Watch Party, streamed live on Twitter alongside the Film Awards ceremony Sunday 13th March at 7pm on BBC One.

The reactions of the panel of famous film fans during the EE Watch Party will be livestreamed on EE’s Twitter channel, where viewers can tune in alongside the BBC One broadcast to watch this entertaining commentary on the UK’s biggest film awards. Those joining can also get involved by using the hashtag #EEBAFTAs.

Clara Amfo comments: “I’m absolutely thrilled to be reprising my role as EE Red Carpet Host, and what better person to team up with than the glorious Bimini Bom Boulash, who I absolutely fell in love with during their time on Drag Race UK. Our brilliant film expert pals Ali and Dan will be joining us back at the EE Film House for a Watch Party like no other. I can’t wait for you to hang out with us and share ALL your EE BAFTAs excitement on the Twitter livestream as we watch the awards show together!”

What’s more, three lucky competition winners will have the chance to interview the stars as they arrive on the red carpet for the awards show. They will join Ali Plumb at the EE BAFTA Film House and connect to Bimini and Clara on the red carpet via EE Full Fibre broadband, chatting to the 2022 nominees as they enter the Royal Albert Hall.

This is all being made possible by EE’s Full Fibre broadband. Powered by just one broadband router, the EE BAFTA Film House will be connected to countless Google devices, immersing Bimini, Clara, Ali and Dan in a home-viewing experience like no other. Featuring a 75” 4K TV for streaming, voice control functionality for ordering film-favourite snacks and drinks, and smart tech for adjusting the room’s atmosphere, the EE BAFTA Film House provides a film experience like no other, all without a drop in the ultrafast gigabit connection.

Ali Plumb says: “Working as a film journalist, it’s hard to not be captivated by the magic of the EE BAFTAs, and I’ve become well acquainted with its rich history whilst covering it over the last ten years. That’s why I’m so excited to be joining this talented line-up of film fans, to give our take on proceedings as we tune into the awards show.”

Daniel J. Layton adds: “I adore a good Watch Party, and this one will be taking things to the next level. I feel very grateful to be able to join Bimini, Clara and Ali to experience the EE BAFTAs in such an exciting, interactive way. Please do get involved and share your thoughts on Twitter as we natter our way through the BBC broadcast together!”

Pete Jeavons, marketing communications director at EE comments: “This viewing party is an exciting new way to use the power of our Full Fibre broadband to connect film fans to the action taking place at the Royal Albert Hall on 13th March. We know that our customers enjoy using their devices at home while they watch TV to enable second screen experiences for key cultural moments like the EE BAFTAs, so we wanted to present them with a live streamed show that compliments the BBC broadcast and allows them to engage with the excitement, reactions and commentary of the awards in a brand-new format.”

EE has been a long-standing partner of the British Academy Film Awards for the past 25 years, working with BAFTA to bring film fans closer to the awards through the magic of technology. Since the partnership began, EE has not only worked with BAFTA to introduce the EE Rising Star Award but also used its award-winning network to create new and exciting opportunities for film fans to be part of the action on the red carpet.

The EE Watch Party live stream will be available on Twitter alongside the start of the awards ceremony on Sunday 13th March 2022.

For more information on EE’s partnership with BAFTA visit here.