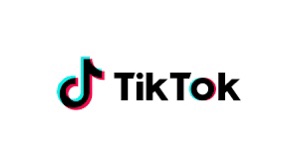 The Cannes Film Festival has added a new official partner ahead of this year’s festival: China-owned social media platform TikTok.

In a press release, the social media company said the partnership would allow the platform to give its users an inside look at the festival, and to help Cannes reach new audiences.

The deal will see the launching of a global short film competition, with three winners selected receiving a trip to Cannes as well as a cash prize; the awards will be the Grand Prix (best film), Best Script and Best Editing. Submissions will be accepted until April 8 with winners announced at the end of the month.

TikTok has had a rapid rise to prominence, attracting more than 4 billion global views and 2 billion downloads to date, according to the company. It has not been without its controversies, however, with questions raised around to what extent user data was protected and whether it could be harnessed by Chinese authorities.

“The Festival de Cannes is an iconic moment that’s changed the landscape of global cinema, and we are honored to welcome them as an official partner. People turn to TikTok to be entertained, express themselves or discover something new, and they share an authentic and rewarding sense of community unlike anywhere else. We’re excited to partner with the Festival de Cannes to deliver creative ways for our community to be inspired, moved and entertained, bound by a shared love of video and cinema,” said Rich Waterworth, General Manager EU, TikTok.

“We are delighted to partner with TikTok to share the magic of the Festival with a wider, much more global and just as much cinephile audience than ever before. For several years now, the Festival de Cannes has been connecting with the next generation of film enthusiasts by offering them the opportunity to experience the Festival through our ‘3 Days in Cannes’ program. With this collaboration – which is part of a desire to diversify the audience – we’re looking forward to sharing the most exciting and inspiring moments from the Festival and seeing the Festival reimagined through the lens of TikTok creators and its community. We look forward to discovering all this with great eagerness and curiosity,” added Thierry Fremaux, General Delegate, Festival de Cannes.