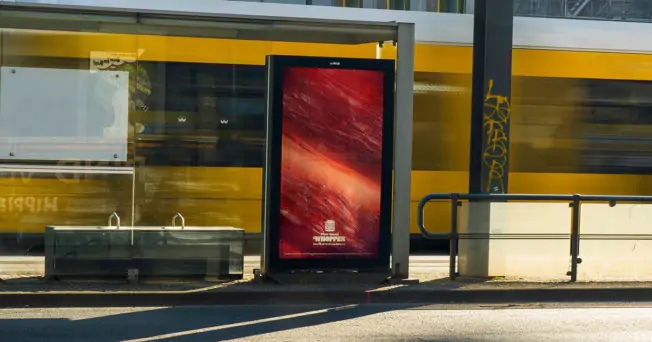 As plant-based eating is on the rise, Burger King has been on a drive to promote its meatless menu. Its latest campaign tries to trick meat lovers into considering alternative options by presenting them with an optical illusion.

At first glance, the brand’s print and outdoor ads appear to depict real meat. Upon closer inspection, however, the images are close-up shots of vegetables including red pepper, beetroot and radicchio.

The global campaign—titled “Meat?”—is a striking visual reminder of how closely plants can mirror beef. With the tagline, “Sorry for the confusion, meat lovers,” it invites meat eaters to take the leap and try Burger King’s plant-based Whopper.

Creative agency David Madrid created the work, which will run in markets including Germany, Costa Rica, Mexico and Brazil.

The agency challenged a food photographer and stylist to shoot vegetables in a way that would resemble meat, executive creative director André Toledo explained.

“The idea was to create ads that would make people ask themselves, ‘Wait, is this meat or is this a plant?’” he added.

“At Burger King, our plant-based products often feel, taste and look like real meat, yet many guests are skeptical. We wanted to bring a visually powerful message that makes you reconsider that not everything in life is what is seems to be,” Iwo Zakowski, head of global brand marketing at Burger King, said in a statement.

Last month, in another campaign promoting its plant-based Whopper, Burger King Germany unearthed four everyday people who share a name with major celebrities such as Michael Jordan and Oprah Winfrey. The idea was that just as these people are often mistaken for stars, its plant-based products could be confused for meat. German agency Grabarz & Partner created the ads.