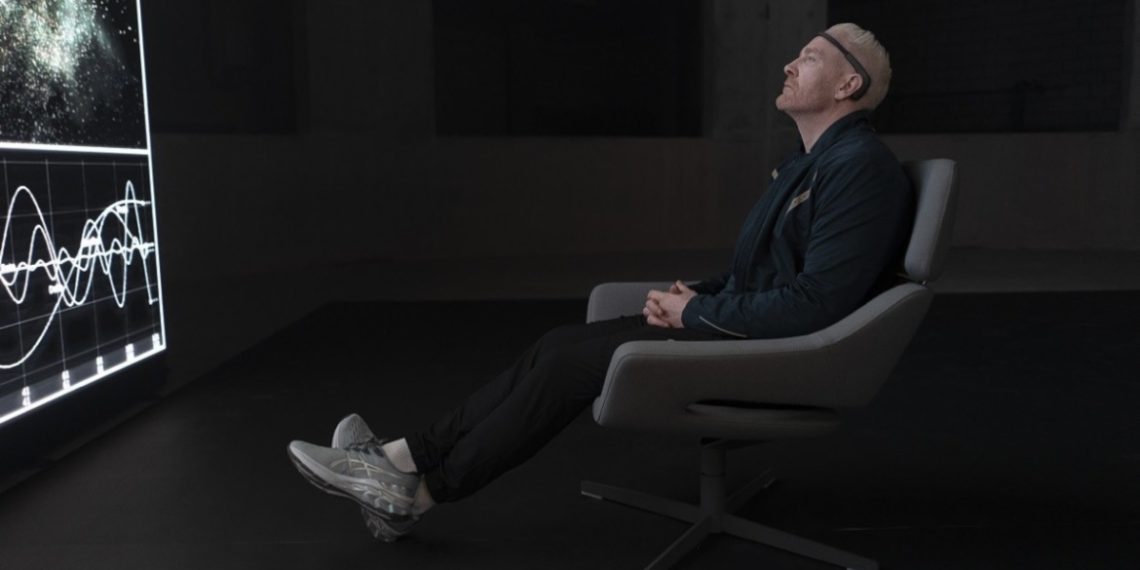 Asics is flipping the usual sportswear marketing script on its head by asking athletes not to exercise for a week to gain insight into the negative impact the lack of movement can have on mental health.

Created by agency partner Golin, ‘Mind Race’ sees everyday movers, shakers and athletes, including Olympic sprinter Iwan Thomas, stop working out for seven days to assess the impact on their mental wellbeing – testing the notion that ‘when we don’t move, our minds race.’

Throughout the trial, which was led by led Professor Brendon Stubbs, Asics used its ‘Mind Uplifter’ technology to measure the impact that movement has on the brain. It then used the data from thousands of people in many different countries who were exercising regularly and assessed it again when they paused their normal routines for the study.

The result speaks for itself. Participants who negated their regimes for the week saw their confidence levels drop, positivity fall flat, mental energy levels slump and ability to cope with stress reduce. Overall, they weren’t having a good time of it.

“Our founding philosophy is literally in our name, Anima Sana In Corpe Sano or a Sound Mind, Sound Body. And we believe our focus on the benefits of sport and movement, not just on the body but also on the mind, has never been more relevant,” said Caroline Fisher, communications director, Asics EMEA.

“We know the last two years have been tough on the mental state of many. And while not the answer for everyone, we know exercise can make a difference. Through this research, we hope to inspire more people to move, even just for 15.09 minutes, and feel the benefits on body and mind.”

Good news though. The study showed that only 15.09 minutes of exercise is needed to significantly positively impact our mental state.

“Sports brands are masters of tracking time and distance – but, despite its importance, the mental impact of not exercising has always remained intangible,” added Al Wood, executive creative director, Golin.

“In pursuit of work that matters, we and Asics wanted to change the movement conversation, using craft and cutting-edge technology to show – rather than tell – how movement affects our minds. The results are beautiful, but carry a sobering message.”

The campaign will be amplified globally through paid, owned and earned media channels.