Why are perfume adverts so weird? Ad industry bosses lift the lid on the fantasy worlds devoid of all logic 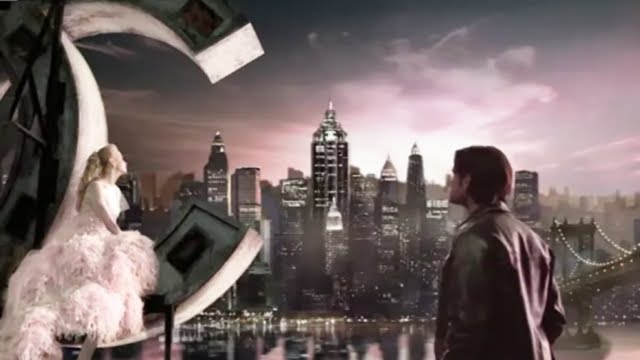 A topless Adam Driver clad in black leggings races a horse down a deserted beach. The two plunge into the sea and swim alongside each other. They fuse together. Driver emerges from the sea. He is now a centaur.

“Burberry Hero – the new fragrance for men,” Driver proclaims by way of explanation. This is not a fever dream but an aftershave advert intended to seduce you into parting with upward of £75 for the chance to smell like…a horse?

As Valentine’s Day approaches, perfume and aftershave adverts have been enjoying one of their peak seasons. And they are a strange genre all their own.

“Even in the industry we’re a bit gobsmacked at how peculiar they are and how much they lack a story,” Will Humphrey, strategy director at advertising agency Wunderman Thompson, admits.

The Burberry Hero ad is not an aberration. In fact, it follows the industry blueprint of what a fragrance advert should look like to a T: it’s just…weird.

The question is, why? One explanation is that they have to be, to stick in the consumer’s mind so that, by the time Valentine’s Day, Christmas or a birthday rolls round, that is the fragrance toward which they instantly gravitate.

“Advertising operates on mental cues – to imprint an image or a detail which remains in people’s minds. Whether that’s low prices, a brand character or a limited-time deal depends very much on the category,” says Humphrey.

With perfume ads, “logic need not apply”, he suggests. Instead, they must leave an imprint in the mind – quickly: “The more distinctive and out-there the ad is, the greater the likelihood of a person taking a chance at a perfume counter.”

A classic in the genre begins with a chiselled, bespectacled man perching inside a giant “C” positioned on top of a skyscraper.

The handsome intellectual (for he is clutching a book) pulls off his glasses and gazes out across the city, where, far below, a ravishing Nicole Kidman darts out of a car and into the road, the train of her feathered gown frothing behind her. A paparazzo captures her vacant expression. “I must have been the only person in the world who didn’t know who she was,” a breathy French-accented man pronounces in the accompanying voiceover.

So begins the 2004 Baz Luhrmann-directed epic “No. 5 – The Film”. It’s a rather grand title for a production lasting just two minutes. But this advert, for the perfume Chanel No. 5, cost $33m and made headlines at the time thanks to this colossal budget and its cinematic aspirations.

Yet despite setting the record for the most expensive advert ever made, what is perhaps most noteworthy about the ad today is that its plot manages to be both stupendously nonsensical and somehow familiar at the same time.

@PerfumeAds – a parody Twitter account that posts ideas for “high-quality perfume and aftershave adverts” that it jokingly claims sell for £5,000 apiece – cleverly highlights the idiosyncratic and baffling nature of this form of advertising.

“Zayn Malik takes a seat, wearing angel wings, a £60,000 Balenciaga hi-vis roadworks outfit and a leather boa. Detective: ‘Care to make a statement?’ Zayn can only laugh. ‘I think I just did.’ He stands, turns and leaves. For he is a free man.”

When it comes to perfume ads, though, they are in a league of their own, Chesters believes.

“It almost looks like someone set a competition: Who can come up with the most impenetrable nonsense created in the history of advertising?” he says.

Admittedly, perfume advertisers do have the challenge of marketing a product whose main benefit – smelling nice – is intangible to viewers, which could go some way in explaining their strangeness.

“In beauty or luxury [ads] there is some sort of tangible promise – ‘it will make you look this way’. With perfume it is entirely about olfactory satisfaction. The shortcut to that is usually sexual success, to put it bluntly.”

In the world of luxury goods, advertisers are selling a dream, and are asking customers to buy into a set of aspirational associations, not a material artefact.

As Chesters points out, “What would possibly be the rational reason for buying a perfume? It smells nice. Well, I can buy a £1 deodorant that makes me smell nice. Everything about perfume is illogical and emotional.”

Perhaps, then, it should not be surprising that the marketing around perfume is striking for its peculiarity: Perfume ads recall the look and feel of the world of high fashion because “that’s what’s going to make people want to pay £80 for their little bottle of perfume” rather than a £5 body spray from Superdrug that smells quite similar, says Lori Meakin, co-founder of creative agency Joint.

There is another, less generous, explanation for their oddness though.

Luxury fashion and perfume houses are outliers in the advertising world in that they tend to look after their campaigns in-house, instead of outsourcing them to creative agencies.

How TikTok Helped Fuel The Best-Selling Year For Print Books