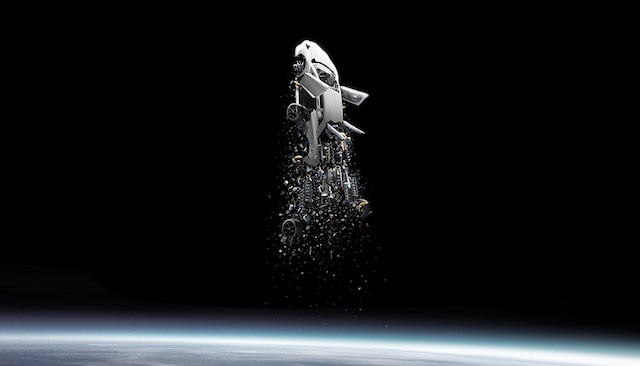 The time has come to unveil the digital artworks behind Space Time Memory, Lamborghini’s first NFT project. A series of five photographs of a Lamborghini Ultimae lifting off toward the stars celebrate human space exploration in a portrayal that is not a mere computer-generated image.

Swiss artist Fabian Oefner created the compositions from real elements, capturing more than 1,500 individual parts of an actual car. The image of Earth’s curvature was obtained by equipping a weather balloon with a camera and sending it to the edge of the stratosphere. Oefner and his team then assembled all the images into one artificial moment in time that took more than two months to create.
The digital artworks are accessible via a QR code engraved in five units of a physical object, the Space Key, whose carbon fiber elements were sent to the International Space Station as a part of a joint research project with Lamborghini.

Fittingly, NFT PRO and RM Sotheby’s are confirmed to start receiving auction bids on Space Time Memory beginning on the first day of the lunar year, February 1st, continuing through February 4th. The auction for the first of the five NFTs will take place on nft.lamborghini.com starting at 4:00 pm CET, while each of the other auctions is set to begin and end 15 minutes later than the preceding one.

“For me, Space Time Memory is an analogy to the memories we make in life,” says Fabian Oefner. “Memories are rooted in the physical world; we make them in reality. We then store them in our brains, what could be considered the digital world.”

Exclusive: Chicago’s new brand identity could save the city $10 million a year

Les Mills is jumping into the metaverse with VR boxing

Les Mills is jumping into the metaverse with VR boxing

what defines you as a professional today?