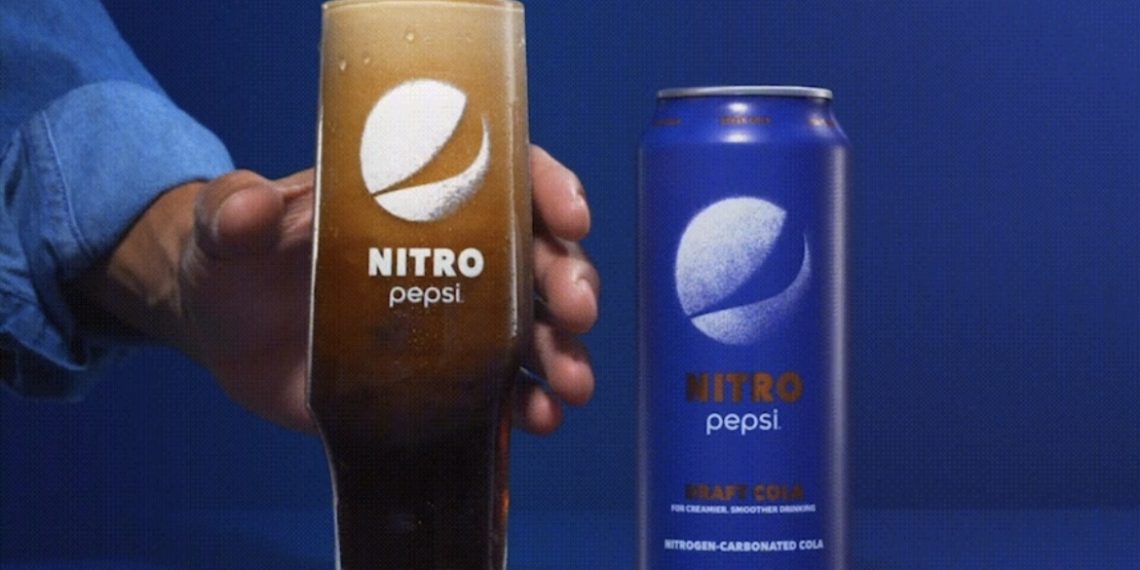 Cola has been around for over a century. While it’s seen new flavors and variants over the years, one thing has never changed – the bubbles – until now… introducing NITRO PEPSI

Our team has taken on its most ambitious project yet, reimagining the cola experience by creating the first-ever nitrogen-infused cola that allows people to enjoy Pepsi in an entirely new way.  It’s smooth, creamy, delicious, and great for those who don’t enjoy heavy carbonation but still want to experience the sweet refreshment of a Pepsi.

Much like how nitrogen has revolutionized the beer and coffee categories, cola is about to get its first taste of smoothness that isn’t a soft drink, but rather a “softer drink”.  But don’t take my word for it — you can try our two flavors (Draft Cola and Vanilla Draft Cola) in retail stores everywhere later in March, and you can even pre-order cans today on Walmart.com!

To bring this product to market has been a MASSIVE multi-year collaboration that has brought about the absolute best of PepsiCo – we’ve seen incredible work across R&D, insights, supply chain, design, brand, finance, commercialization, procurement, sales, legal, and so many others to get to this moment. It has really been incredible to see the entire organization rally behind this initiative over the past few years, as it will be a truly #PepsiProud moment for our company as we see this out in the world in the coming weeks!

I’m so excited for you to get these cans in your hands and to hear what you think! Who’s excited to try it?

By Todd Kaplan – VP / Head of Marketing – Pepsi, at PepsiCo