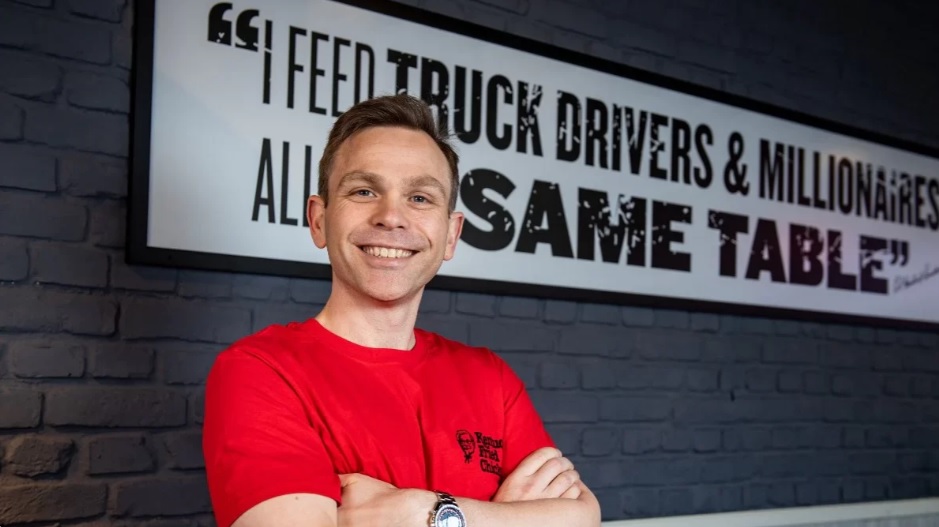 Hall is currently head of value, membership and loyalty at Tesco, with 15 years’ marketing experience. He joined Tesco from creative agency JWT in 2011 as trade marketing manager, before working his way up through roles including head of communications and head of brand propositions.

While at the grocer, Hall led the launch of Tesco’s Aldi Price match and Clubcard Prices schemes, which resulted in over 1 million new active Clubcard members.

He also led the relaunch of Tesco’s own brand offer and co-wrote the supermarket’s plant-based strategy, leading to the launch of the Tesco Plant Chef brand and doubling the size of Wicked Kitchen. Hall has also won awards for his work championing creativity and digital media.

Joining KFC from March, Hall says: “Like the Colonel’s secret blend of 11 herbs and spices, there is something special going on at KFC and testament to that is the team winning Marketing Week’s Brand of the Year [in 2021].”

KFC fended off the likes of Asos, Channel 4 and Tesco to win the Marketing Week Masters 2021 Brand of the Year award. The win followed the brand’s quick response to the demands of the Covid-19 crisis, closing 500 restaurants across the UK and Ireland and pausing its six-decade old slogan, before bringing fan creations to TV screens and launching its first global campaign.

Speaking to Marketing Week in October, CMO Jack Hinchliffe claimed that beyond delivering from a business perspective, the creativity of KFC’s marketing was having a halo effect on talent, particularly as the business recruited for the UK marketing director role.

The quality of the talent was “absolutely phenomenal”, he said at the time.

“If I was having these conversations five or six years ago, I’m not sure necessarily that I’d be speaking to the level of talent that I have been,” he noted.

Hinchliffe was promoted from UK marketing director to CMO in September, as Meghan Farren left to take over as chief customer officer at Asda.

On Hall, he says it is his approach to people and leadership that makes him “a natural fit for KFC”.

“I know he will build and contribute to our unique culture, which makes the marketing we do some of the most distinctive around,” Hinchliffe adds.

GroupM chief Aimee Buchanan and Essence CEO Pat Crowley on where billions of brand dollars are heading next;

GroupM chief Aimee Buchanan and Essence CEO Pat Crowley on where billions of brand dollars are heading next;

Virtual Reality of Metaverse: Understanding the good, bad and ugly of the digital universe