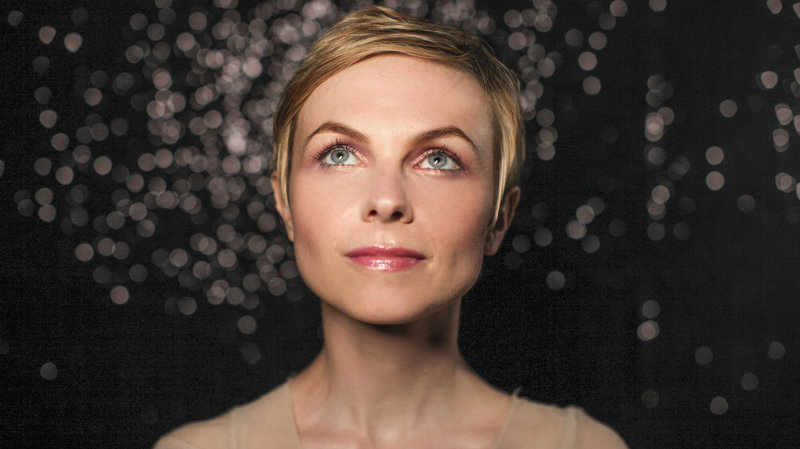 Critically acclaimed jazz vocalist and songwriter Kat Edmonson is currently making her theatrical debut as a principal actor in Taylor Mac’s jazz opera The Hang. The off-off Broadway show is now officially sold-out and receiving an outpouring of praise, including a “Critic’s Pick” from The New York Times. The show, originally scheduled to run through February 20, has been recently extended to run until March 6. Tickets HERE.

Praise for Kat Edmonson and The Hang:
“…extraordinary artistry, like Kat Edmonson”
“The Hang is a show that speaks to the restlessness and longing of this moment,
and offers comfort in sensuous pleasure. At a time of loneliness and anxiety, it extols
and exemplifies one of theater’s greatest virtues—communion.”

“Kat Edmonson emerges as the Teresa Stratas of Off-Off Broadway.”

“It is a radical declaration of queer frivolity in our severe age, and it restores my faith that
there is still room for dangerous ideas and weird people in the New York theater.”

Edmonson recently released her much-lauded jazz holiday album, Holiday Swingin’! A Kat Edmonson Christmas Vol 1., performing on CBS Saturday Morning on Christmas Day. Watch the performance HERE and listen to her interview with WNYC’s “All of It with Allison Stewart” HERE.

From the onset of the pandemic, Kat began streaming a weekly variety show, The Kat Edmonson Show, live from her living room every Sunday night. The livestream reached its 66th  episodes in 2021. Her Christmas show saw over 12,000 viewers. Watch a trailer HERE.

During the pandemic, when the NPR “Morning Edition” Song Project called upon artists to write an original song inspired by the unique moment in American history, Edmonson penned “If You’re Scared” for the ongoing series. Read the interview and listen to the song HERE.

See what the press says about Edmonson:

“Bewitching songcycle from a masterful vocalist”

“Every track shines here… Edmonson’s delivery is delicate and tender, her material
a beautiful bouquet filled with starry skies and happy endings.”

“her most ambitiously conceived and perfectly realized record so far.”

“an oasis of hope, excitement and optimism”

“an album to get lost in, to take the journey, sentimental and
intellectual, on the road to find out.”

“Brimming with melody and psychologic depth”

Edmonson’s LP Dreamers Do was released just prior to the pandemic to widespread acclaim. The album combines mid-20th century Disney songs with familiar classics, and features two new original songs from Edmonson. The album reached the #1 spot on Billboard’s Traditional Jazz chart, and debuted #1 at iTunes Jazz, #2 Most Added at Jazzweek and was named Deezer’s Album of the Week upon release.

In 2018, Edmonson released Old Fashioned Gal, which Billboard called “an intimate journey from doubt to resolve and implied triumph.” NPR Music raved the album is “a handsome showcase for her songwriting, which has grown ever more confident over the last decade,” while the Associated Press said the record “sounds like an alternate soundtrack to an Audrey Hepburn film.”

In 2014 Edmonson released The Big Picture, which debuted at #1 on Billboard’s Heatseekers, #1 on Contemporary Jazz Chart, and #2 on Total Jazz Chart. Her 2015 performance on “CBS This Morning: Saturday” garnered the program’s highest rated viewership since 2006. Her 2012 LP Way Down Low was described by The New York Times as “fresh as a spring bouquet,” and her performances at WNYC’s “Soundcheck” and Daytrotter were included in “Best Live Performances” and “Best Sessions of 2012,” respectively.