by Roastbtrief
in Marketing
Reading Time: 9 mins read
A A 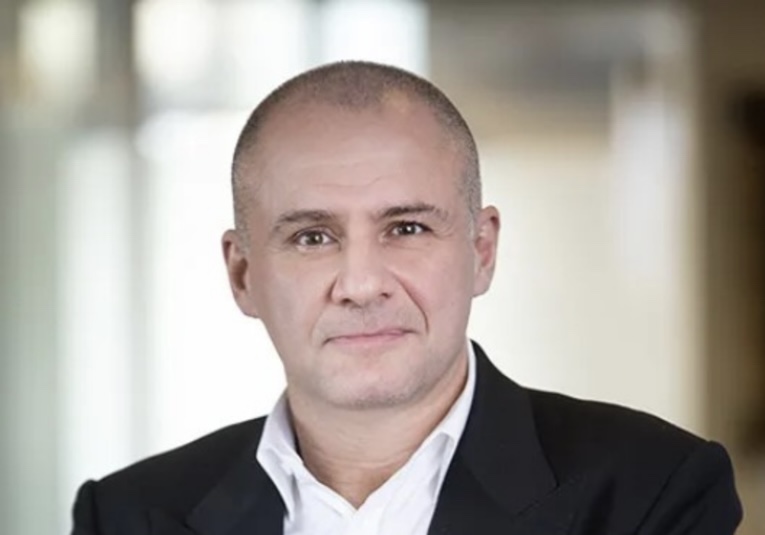 A controversial public relations executive secretly bought a news site that covers his industry eight years ago, without disclosing his ownership. Now his firm is finally coming clean, scrubbing the site of the fake bylines that populated it for years and acknowledging for the first time that the news site is “operated” by his PR firm.

Ronn Torossian is a hard-charging PR executive who founded 5WPR in 2004 and built it into a sizable firm; he says it’s one of the 20 largest independent PR firms in the country. He did it with a well-documented, take-no-prisoners management style that rankled rivals as well as many executives who came to work for him.

To help burnish his reputation, in 2014 he secretly bought Everything-PR, a news website founded in 2009 by a husband-and-wife team that covers news and trends in the public relations industry. Torossian then frequently dropped in favorable mentions boosting his firm while bashing his rivals.

In one instance of self-promotion on the site, an article published on Oct. 29, 2020, about the top crisis management firms, gave a glowing review to Torossian’s own business.

“This agency is known as street fighters, an agency ‘in the know’ with the ability to turn stories around. There is no more aggressive PR crisis PR agency in the United States than 5WPR,” the site gushed.

In an example of bashing a rival, the site wrote about Kwittken PR and urged readers to “stay away.”

Another target was Ken Frydman, a former communications chief for Rudy Giuliani who heads Source Communications. In 2017 Source landed a contract to handle beleaguered taxi cab entrepreneur Alan “A.J.” Ginsburg, beating out 5WPR for the contract. Shortly after winning the deal, Frymdan said he suddenly was the victim of a hit piece on Everything-PR by a Jason Tannahill—one of the apparently fake bylines on EPR. The piece concluded, “We cannot in good faith recommend this agency.”

Frydman told Crain’s that he was blindsided by the story and had no idea that the EPR site was operated by a rival agency that he had just beaten out for a contract.

EPR also seemed to have a particular animus for another rival, Richard Rubenstein—one of the sons of the late Howard Rubenstein. Richard worked for a while for his father before starting his own firm, Rubenstein Public Relations—a standalone from the larger Rubenstein Communications now headed by Steven Rubenstein, Richard’s brother.

In a report on the Rubenstein “dynasty” published June 1, 2018, when Howard was still alive, the site noted there could be problems because there was no heir apparent—even though Steven Rubenstein was being positioned for years to take over Rubenstein Communications, whose clients include JP Morgan and the Yankees.

Of Richard Rubenstein’s firm, EPR wrote: “The reports from RPR are often dismal regarding working conditions and length of time either employees or clients remain. There are far too many complaints from past and current employees about his unprovoked rants, angry outbursts, even in new client meetings, and total disregard for others.”

Richard Rubenstein said Torossian “weaponizes the publication to go after anyone who is a competitor. It is competitive mudslinging at its worst. And the publication is simply trash.”

Several offensive stories, some years old, have been taken down from the site archives in recent weeks, sources said.

One of the few bylines still on the site belongs to Torossian. He apparently placed some stories on the site himself. In one Torossian article published Nov. 1, 2019, on public relations do’s and don’ts, company heads are urged to be “open and respectful, yet transparent.” But many executives who have left 5WPR said they were subject to belittling comments, verbal abuse and ridicule while there, as well as bad references from Torossian when they tried to land a new job in the industry.

Torossian in the article also admonishes, “It may be obvious, but employees should never be asked to directly or subtly to do anything illegal or against company policy.” That may come as a surprise to a former executive who was reprimanded by Torossian after admonishing three young women from 5WPR who had gone on ABC’s Good Morning America, falsely pretending that they were random people who had had botox treatments as teenagers. Torossian had set up a plastic-surgeon client he represented to get good PR by speaking out against the practice.

Now for the first time since the ownership change at EPR when he took over, Torossian has owned up. The website’s About Us page now contains this disclaimer: “Everything-PR is operated by PR agency 5WPR.”

The acknowledgement comes after years of Torossian denying he or 5WPR owned the site. “It would be incorrect to say Ronn Torossian owns Everything-PR,” he told this reporter in December.

The founders of the site tell a different story. Phil Butler, who was the original editor-in-chief of EPR said that in 2014, Torossian paid only $2,500 to buy the site that was owned by Phil’s wife, Mihaela Lica Butler.

“We were experiencing financial difficulties at the time and we thought Torossian was a friend,” said Phil Butler, who now lives on the island of Crete with his wife.

But he quickly found Torossian to be no friend. Shortly after buying the site, Butler said, Torossian erased Butler’s name from the archives and replaced it with a fake editor name, Richard D. Pace.

Butler said his wife’s byline was replaced in the archives with another made up name, Archie Obrien. Other fake names such as Jason Tannahill also appeared atop many of the stories in the archives.

“None of those names are real,” Butler said. “We begged Ronn to put our names back, but he refused.” Bizarrely, in recent weeks after a flurry of news stories revealing Torossian’s involvement with the PR news site in the Daily Beast, The New York Times and the New York Post, all the fake byline names were erased and replaced with a new anonymous byline, By EPR staff.

However, the former names can still be found on cached stories on the internet archive site, The Wayback Machine. But searching for the names of the founders via the search engine on the actual Everything-PR.com home page now yields no such record. And none of the fake names used for nearly eight years can be found via the site’s own search button either.

Disguising his ownership between the 2014 purchase until early this year could put Torossian in violation of Federal Trade Commission rules on fair marketing and advertising standards.

According to the FTC’s website, “Under the law, claims in advertisements must be truthful, cannot be deceptive or unfair, and must be evidence-based.”

In its FTC Endorsement Guides, the government consumer watchdog proclaims, “the Guides say, if there’s a connection between an endorser and the marketer that consumers would not expect and it would affect how consumers evaluate the endorsement, that connection should be disclosed.”

The FTC guidelines do not specifically cover the oddity of a PR agency secretly buying a news site without disclosing it to the public.

“It’s FTC policy that we don’t comment on specific companies or conduct like this,” said deputy director of public affairs Peter Kaplan. Torossian himself declined to comment on whether he had heard from the FTC.

One round-up story, penned on the site by a Jade Minh—apparently another made-up name whose byline has recently disappeared—opens with the question: “What kind of clients wouldn’t you work with?” Among the executives quoted in the round-up is none other than Torossian, CEO of 5WPR. “We follow the no-assholes rule more than anything else when it comes to clients we won’t want to work with,” he is quoted as stating.

One of his early clients was Girls Gone Wild founder Joe Francis, who was convicted of tax evasion and bribery. Francis saw his company go bankrupt and fled the country for Mexico to avoid a mulit-million-dollar court-ordered settlement of a civil suit filed by Wynn casinos to satisfy millions in gambling debts.

Torossian’s once-cozy relationship with new Mayor Eric Adams—where Torossian paved the way for Adams to gain entree into the exclusive members-only NoHo club Zero Bond on election night and at other times pre- and post-election—appears to have cooled after news reports about Torossian’s sketchy past resurfaced. Adams was asked at a press conference in mid-January if he still socialized with Torossian, but he declined to specifically distance himself. “I socialize with all New Yorkers,” he said.

Sources say there has been a decided chill and no contact between the two since Adams was sworn in on January 1.

Despite the recent blowback, there is no denying that Torossian has built a successful business from scratch. He purchased a swanky apartment at 520 Park Ave for $16.9 million in 2018, in an all-cash deal. It was reportedly purchased through a limited liability company, Rafema LLC.

The deed for Torossian’s luxe home was signed by Petro Zinkovetsky, an attorney representing Torossian. Edward Mermelstein, an attorney who is a close friend of Torossian, was also reportedly involved in the transaction. Mermelstein was recently appointed to be the mayor’s commissioner of international affairs. And Mermelstein’s first public appearance after the appointment was at a celebratory party held in the Turkish consulate. The Turkish government was once a client of Torossian.

Torossian declined to comment on the recent acknowledgement that Everything-PR.com is “operated” by his PR firm. Nor did he comment on what happened to Richard D. Pace and the other apparently fake byline names that once populated the site. They have apparently disappeared into thin air, along with the real names of the husband-and-wife team that founded the site.

But even though he is now owning up to operating Everything-PR, one attorney, Richard Emery, of Emery, Celli, Brinckerhoff, Abady, Ward & Maazel, said there could be legal problems ahead for Torossian and 5WPR from parties who claim they were damaged by negative stories on the site over past years. “There are a number of business torts that might be available,” said Emery. “For starters one could ask the hosts of the [Everything-PR] website to take it down or have warning labels placed on its content.”

Everything-pr.com shows up in Google searches and has 11,700 followers on Twitter.

Syracuse University Professor Anthony D’Angelo, the former national chair of the Public Relations Society of America, said the association’s code of ethics says PR pros should “reveal the sponsors for causes and interests represented.” He added, “The end game for public relations is trust and once trust is fractured it’s tough to earn back.”

“A PR professional should disclose, up front and clearly any ownership interest in what is positioned as a news site,” said D’Angelo, who directs the Newhouse School’s master’s degree program in communications management.

The dining dilemma: A look at consumer sentiment towards restaurants late-pandemic

The dining dilemma: A look at consumer sentiment towards restaurants late-pandemic

Disney has a new executive in charge of the metaverse