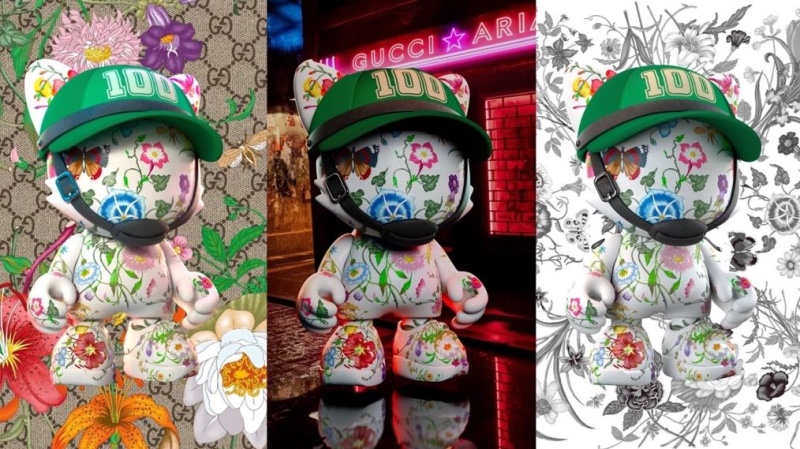 Luxury fashion house Gucci has doubled down on its commitment to the metaverse by purchasing an undisclosed amount of virtual land on The Sandbox, according to Vogue. According to a tweet from Gucci, the virtual world will feature its “Gucci Vault” platform, which is an umbrella for fashion house’s metaverse-related projects. Gucci Vault is an experimental online space created by the luxury brand from the vision of the creative director, Alessandro Michele. The vault is also where the luxury house sells its recent NFT collection and vintage pieces. Meanwhile, The Sandbox is a virtual world where players can build and monetise their own gaming experience using blockchain.

For its recent NFT collection, “Supergucci”, the luxury fashion house partnered with animated celebrities entertainment brand, SUPERPLASTIC. The NFT collection includes a three-part series that comes with its own handcrafted porcelain sculpture. The first collection of 10 NFTs dropped on 1 February at Gucci Vault, featuring 10 different whimsical scenarios with the SuperJanky figure from SUPERPLASTIC. According to Gucci Vault, the designs were inspired by Gucci Aria.  A check by MARKETING-INTERACTIVE has found that there is no additional information yet on the other two drops.

MARKETING-INTERACTIVE has reached out to Gucci and The Sandbox for additional information regarding the virtual world.

Meanwhile, Gucci is not the only company that has tapped into The Sandbox for its metaverse strategy. Last month, Warner Music Group (WMG) partnered with The Sandbox to create its first music-themed world, WMG LAND, in the gaming metaverse. The music-themed world will feature concerts and musical experiences from WMG’s leading roster of artists. This partnership marks WMG’s first entry into the NFT metaverse realm, and The Sandbox’s first deal with a major music company. With hundreds of top artists and labels such as Atlantic, Warner Records, Elektra, and Parlophone under its belt, The Sandbox added that the partnership will be creating a new arena for musical entertainment in the metaverse.