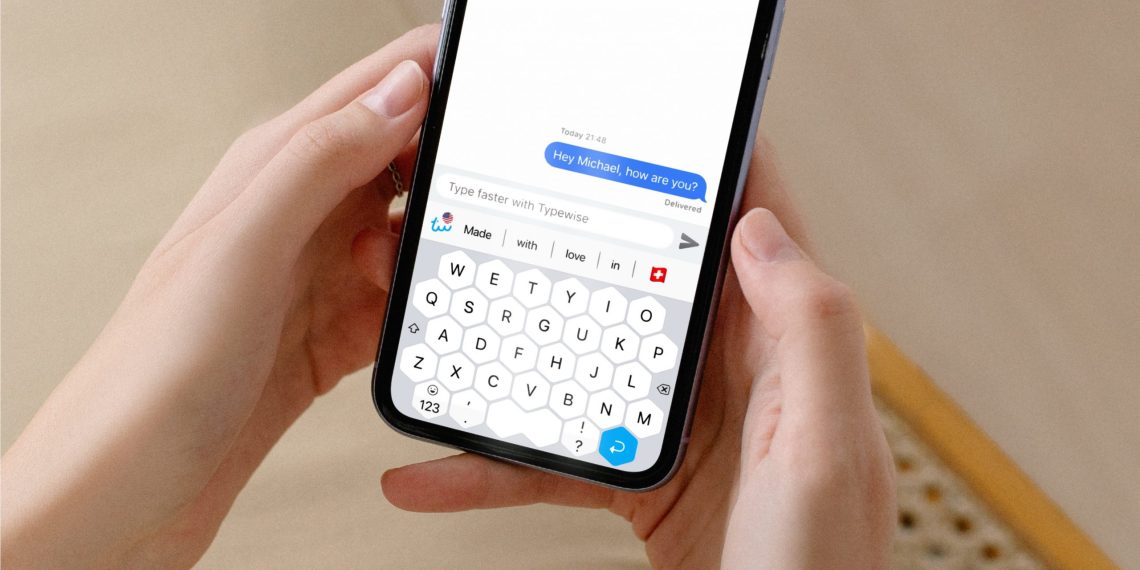 In ongoing tests conducted by Typewise, their autocorrect technology corrects a higher percentage of errors than either Google Gboard or Apple keyboard and delivers a much lower percentage of miscorrected words. Typewise’s text prediction also saves a greater percentage of character input than either of the two Big Tech giants.

“We are generally fans of Apple but neither they, nor Google have nailed autocorrect or text prediction. We wanted to build something better and that’s exactly what our AI-powered technology has achieved, which we are now protecting with this patent. Our work demonstrates how it is possible for smaller companies to beat Big Tech when focus and execution are done well.

“Although our autocorrect and text prediction AI already outperforms the competition straight out of the box, it also learns from the user, picking up their slang and dialects, so gets even better with time. It does all this without transferring any user typing data to the cloud; instead, our tech takes place on-device. In addition, we’re continually improving our AI so expect to see the gap between Typewise and others’ offerings grow even greater over the next 18 months.”

Typewise’s text prediction and autocorrect engine has been built in conjunction with top talent from Zurich ETH’s AI department. This led to the company’s first product, a unique keyboard app. Optimised for smartphones, it has seen rapid adoption since v3.0 launched last year, with over 1.8 million downloads and hundreds of thousands of daily users.

The eye-catching honeycomb layout along with the advanced autocorrect and text prediction functionality have also impressed the judges of the Consumer Electronics Show (CES), winning Typewise Innovation Awards in both 2022 and 2021.

Typewise are now using their text prediction AI to expand into the lucrative B2B arena with their desktop solution. Their browser-based writing tool enables businesses to write and reply to emails, documents and support chats up to three times faster, offering a significant boost in productivity and quality, which is especially advantageous for customer support and sales departments. The tool is currently in beta phase with several businesses in pilot testing.

Metaverse 2022: we ain’t seen nothing yet