by Roastbtrief
in Brands, Metaverse
Reading Time: 4 mins read
A A 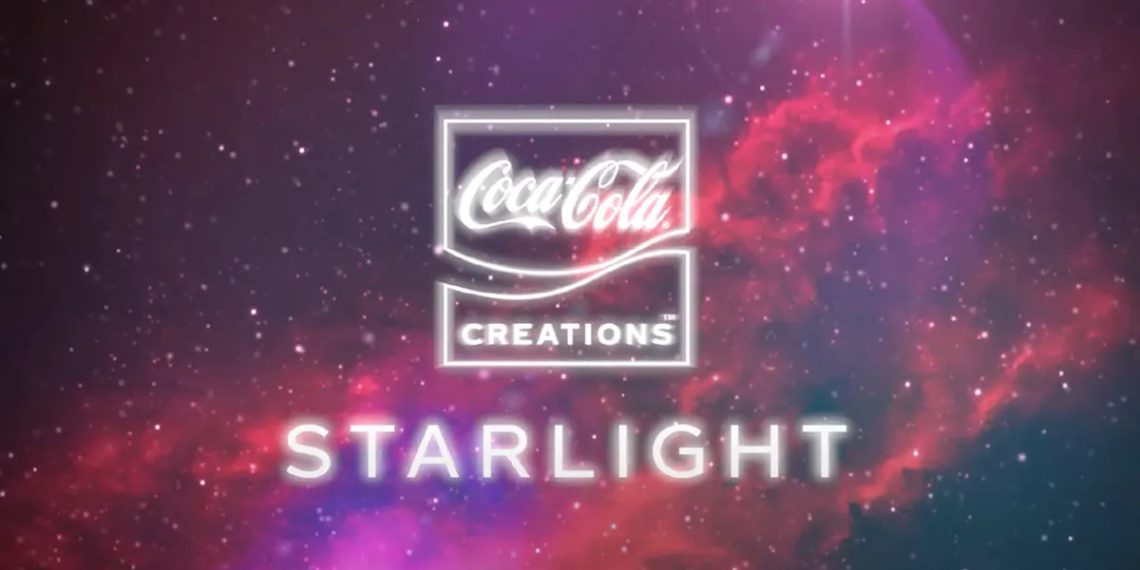 With its first flavour imagining what space might taste like, the Coca-Cola Creations platform will focus on limited-edition product innovations and digital-first experiences.

Described as a “new brand expression”, Coca-Cola Creations will introduce a series of limited-edition flavours, collaborations and experiences spanning the “physical and digital worlds”.

The first Coca-Cola Creations product rolling out in the US this week is Starlight, a limited-edition “space Coke” which imagines how outer space might taste.

Available in original and zero sugar, Starlight will launch across the rest of North America, Europe and Asia over the next two months and stay in market for up to six months. The brand is planning new “fantasy” inspired products under the Coca-Cola Creations banner, with limited-edition flavours set to launch this year lasting for a matter of weeks or months.

The new platform builds on the launch last September of the ‘Real Magic’ campaign, Coke’s first global brand platform since 2016.

The team took a “fresh approach” to product development, bringing together global teams across marketing, creative, tech, design and liquid innovation to co-create the Starlight product. The flavour is described as the classic Coke taste with an added cooling sensation, while the packaging features stars and a gradient of shades inspired by the colours of a nebula.

“We collectively knew for each of these creations the first thing we had to do was to unlock the flavour, unlock those tastes, because those would be the centrepieces around which we’d build the larger creative experiences,” explained design director Josh Schwarber.

The Coca-Cola Starlight launch sees the company branch out into collaborations with streetwear brands Staple, Private Policy and Bearbrick, as well as Revolution Beauty and clothing label PacSun.

Consumers will be able to use Starlight augmented reality filters on social media and have immersive audio ASMR experiences. Scanning a can or bottle of the new flavour via the Coca-Cola Creations site will open up an AR concert from US singer and brand ambassador Ava Max.

While there is a heavy focus on augmented reality with the Starlight launch, Vlad explained this is not the brand’s first step into the metaverse.

“We had our first foray in the metaverse last year with the launch of our first NFT and a partnership with Decentraland, and a party on the top of a Coca-Cola can,” she explained.

“We’re very excited about this next step, because we think it continues to let us experiment and learn in the digital space with a really unique AR experience Ava is the star of, as well as ASMR which we’re super excited about trying.”

The rollout of Coca-Cola Creations marks the latest phase of the company’s focus on its core products.

In July 2020, Coke began a cull of “zombie brands” after admitting more than half of its 400 master brands were of “little to no scale” and accounted for just 2% of total revenue. Speaking at the time, CEO James Quincey acknowledged the business needed to do a better job of nurturing “smaller and more enduring propositions”.

Then in April last year, the company updated the design of its Coca-Cola and Diet Coke products, bringing them in line with the refreshed Coca-Cola Zero packs unveiled in February 2021. A renewed focus on experiential marketing was highlighted with the launch of Real Magic in September, as the business said it wanted to create an “ecosystem of experiences”.

The changes afoot at Coke appear to be bearing fruit. Last week the company said the decision to embark on an “aggressive” agenda to “transform and modernise” its marketing and innovation model, including a total overhaul of its agency structure, was paying off.

From an innovation perspective, Quincey claimed taking a more disciplined approach was proving effective, with revenue per launch up 30% and gross profit per launch up 25%, compared to previous years.