by Roastbtrief
in Metaverse
Reading Time: 6 mins read
A A 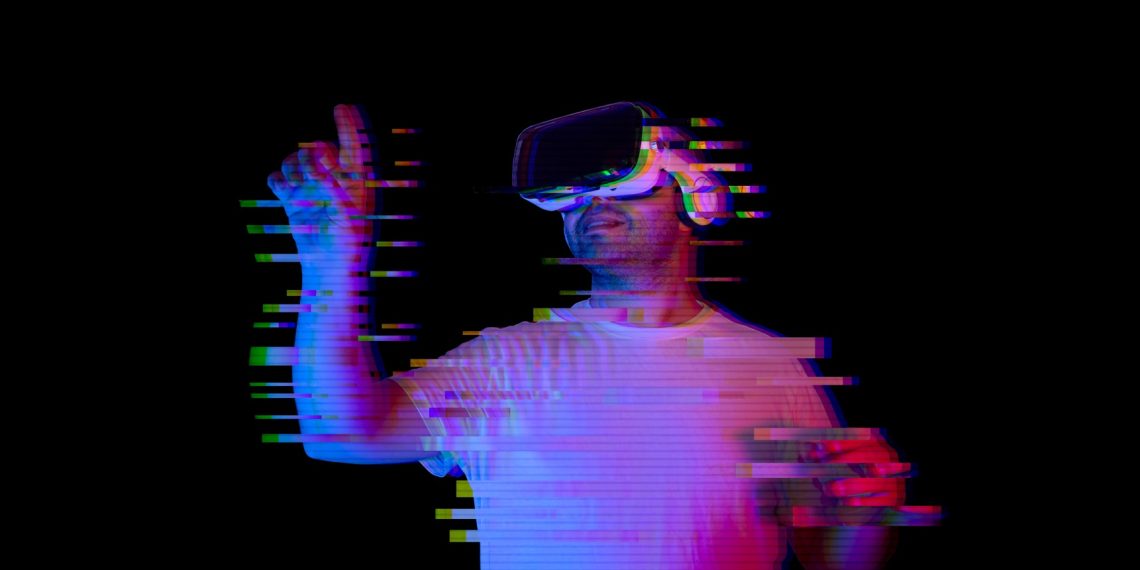 From Microsoft to Meta, the race is on to sell an amorphous concept that no one really wants them to build.

The race is on to cash in on the metaverse hype. Last week, Microsoft described its $68.7 billion takeover of gaming studio Activision Blizzard—a move that would have usually been interpreted as the Xbox maker simply expanding in the gaming sector—as a way to create the “building blocks for the metaverse.” Meta—which rebranded from Facebook to be named after the metaverse—is at work on the world’s most powerful supercomputer, in order to power the metaverse. Now Meta is also reportedly planning to introduce NFT features on its Facebook and Instagram platforms; Twitter has already allowed users to transform their NFTs into hexagonal profile pictures; and YouTube might do something similar soon. According to the ever-swelling ranks of Metaverse analysts and chin-strokers, NFTs, a type of cryptocurrency tokens regarded as digital title deeds, will be core components of the Metaverse.

That is when and if such a thing ever exists, of course. The Metaverse is a fuzzy concept: It entered dictionaries via Neal Stephenson’s 1992 dystopian sci-fi novel Snow Crash, where the Metaverse is the virtual refuge from an anarchy-laden world controlled by the Mafia, and was brought back by a series of blogposts by VC Matthew Ball. In Ball’s formulation, which has quickly risen to scriptural status, the Metaverse is an always-online virtual world that seamlessly blends with the real, flesh-and-blood world, courtesy of augmented reality, and virtual reality, and mixed reality. Videogames are part of it, but are not it; crypto and tokens will play sizable roles as the Metaverse’s currencies and assets, given that people will actually work and make money in it.

Rest assured, we are told, the Metaverse is coming.

What is most striking about the buzz around the Metaverse is that everyone claims to be building it, but no one knows what it really will be or what it should look like—and whether people will ever want to use it. As WIRED’s editor in chief Gideon Lichfield put it, we are witnessing “a terminological land grab”: Companies and entrepreneurs have sensed some kind of change coming in the air, and they are scrambling to call it the next big thing, put their label on it (in some case going to Meta-rebranding-level extremes), and find ways of monetizing it. The question is whether we—the intended users—will go along with it.

The shift that Big Tech has spotted is obvious: Over the past few years people have started spending much more time online. The Covid-19 pandemic accelerated that vertiginously. For the white-collar workers who were asked to work from home, the office instantly shrunk to the size of a screen. Free time, for identical reasons, was also forced to find digital alternatives. With cinemas closed, and bars shut, and parties out of the question (unless you worked for the UK Government), bored people spent an inordinate amount of time playing video-games, on engaging in gamified activities such as flipping meme stocks and dabbling in crypto or crypto-adjacent products (like NFT pictures). In some cases the two things merged into strange chimeras of games and cryptofinance, making online pay-for-play universes like Axie Infinity, the NFT-based video game, a source of revenue for impoverished Filipinos. Meta et al’s gamble is that this state of affairs will persist, and eventually evolve—by way of faster internet, better VR, and a more functional online economy—into the Metaverse, aka the next internet.

It is a perverse gamble. In order to really work, it requires us to be bored at home for the foreseeable future. Barring extreme cases, it is only when clubs are closed, and concerts are cancelled, and in-person meetings are off-limits that one would go for their Metaverse equivalents. It might be a smart gamble—a new variant, the climate crisis, or a nuclear apocalypse might force us all indoors again—but it is, to put it dramatically, a bet against humankind. It is not necessarily bad for technology companies to take a leaf from sci-fi, but if you really have to, at least try picking the utopian stuff, like Amazon’s Echo, blatantly modeled after Star Trek’s chirpy talking computer, over the unsettling dog-eat-dog hellscape of Snow Crash.

And still, the morality of the Metaverse project is the least of its problems. Unlike Google Glass, the gold standard of tech blunders, it is not an overhyped (and ill-conceived) product: It is pure hype, without a product—except for some hypothetical “building blocks.” Benedict Evans, a venture partner at London-based firm Entrepreneur First, has drawn an apt parallel between the Metaverse and the “information superhighway”—a very fashionable early-1990s term announcing the advent of some kind of US-wide digital communication network encompassing everything from video-games to interactive TV, to fiber optics.

The prediction was not completely misplaced—after all, we got the internet—but a lot of the staples of the coming information superhighway vision, such as the role of interactive TV, never came to pass. Once again, tech companies are looking at the tea leaves and divinating a technological future. Typically, and unsurprisingly, it is a future that is profitable for them.

But one feels that Meta, Microsoft and the others should have read the room better. Last month, gamers, the one demographic you would expect to hop on the Metaverse bandwagon with glee, reacted with quasi-universal scorn to French game studio Ubisoft’s launch of its NFTs—as special objects in shooter game Ghost Recon Breakpoint. Many gamers saw the introduction of in-game economies and cryptocurrencies as a way to fleece them, by making splurging on NFTs compulsory to play, or do so on equal footing with other players. A letter by the CEO of Japanese game developer Square Enix, in which the executive expounded on his interest in NFTs and drew an odd distinction between people who “play for fun” and those who “play to contribute” was also badly received. The idea that everyone wants to make money—and spend money—while playing a video-game surely sounds attractive to the people making those games and selling digital tchotkes; some gamers beg to differ.

Similarly—no one really wants to work in a Metaverse, do they? And not only because the progression of the pandemic means that people are gradually able to go back to their offices (ask Zoom’s stock), but also because, if a remote/digitally nomadic/global workforce future is really coming, few people want to spend it staring at avatars of their colleagues awkwardly bobbing up their heads because Meta’s Oculus cannot capture or render coffee mugs. Some people—including me—would even argue that the best thing about working from home is not having to attend meetings all the time. But if really one has to, why go through the hassle of wearing a bulky VR headset, and interact with cartoon characters?

But Big Tech’s grab for the Metaverse is flawed in more profound ways. Before Facebook’s Meta rebranding in October 2021, the very word “Metaverse” had barely registered online, at least according to Google Trends. But the few people who were actively talking about it were all gravitating in a certain galaxy of crypto, blockchain, and privacy tech. (Call it “Web3” if you like—even if it is an equally vague term.) Those people were turning to the Metaverse as a way of bringing about the death of the internet as we know it—not only in terms of interface but also, and most importantly, in terms of power.

The “open Metaverse” is the Promised Land, where tech monopolies would be brought to heel, everyone would be in charge of their data and digital assets, and users would be involved in setting the course of the network as a whole. It is a tentative, hypothetical project, but one thing about it is clear: Big Tech should not be in control. A Metaverse built by them would be no Metaverse at all.

The Creative Essentials of
EVP Head of Design, Alisa
Wolfson