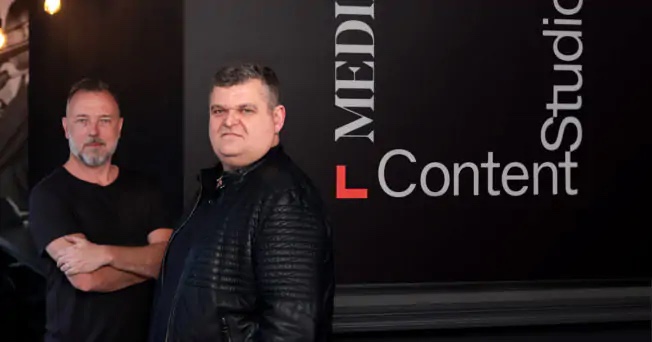 The creative leader spent over 10 years at Ogilvy

The company’s move and the leadership changes come as its parent company, IPG, is broadening the size and scope of its content offerings, including more access to addressability, media platform creativity and greater connections to the creator economy. IPG Mediabrands launched the studio in 2020 with a presence in 12 markets.

Marian began the new role on Feb. 1 and, as CEO, he will oversee the company’s global expansion while based in New York. In the next year, the company plans to expand its presence to 20 key territories.

Marian succeeds global chief content officer Brendan Gaul as leader of MBCS and will report to Gaul in the new role. Gaul will remain global chief content officer at Mediabrands while also filling the global president role for Mediabrands’ film and television studio, TRAVERSE32. Marian hopes that the transition will be seamless and that he and Gaul will have a close partnership.

“I am excited to be a part of MBCS at such a pivotal time in the company’s genesis. MBCS is not only leading a movement that will forever change the media and content landscape, but evinces Mediabrands’ commitment to understanding how the brave new world of content is moving audiences emotionally, moving ideas across media plans and—most importantly—moving client KPIs and sales,” Marian said in a statement.

Before MBCS, Marian spent over a decade at Ogilvy in senior roles, including worldwide creative director for customer engagement and ecommerce. His accolades include 25 Cannes Lions and three consecutive Cannes’ Direct Agency of the Year awards.

The creative was intrigued by MBCS because of its emphasis on using data and engagement metrics to connect audiences through content. Marian will work closely with IPG’s media agencies UM, Mediahub and Initiative to elevate the value of client work.

“When you hear everywhere that content is king, in today’s marketing, I think that MBCS is going to carry that flag,” he said.