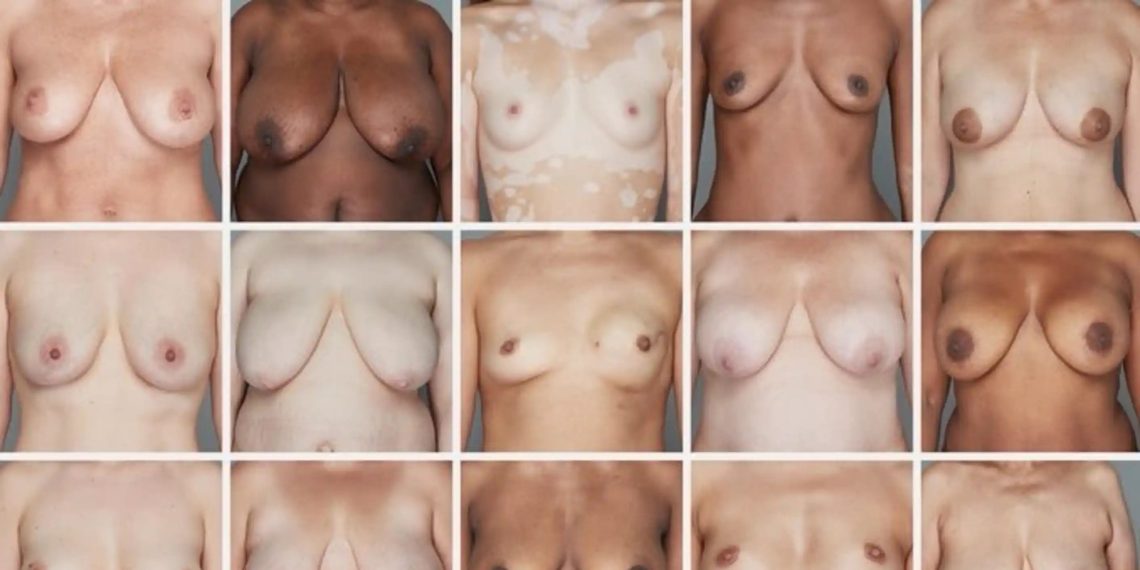 Adidas has taken to Twitter to celebrate its re-engineered sports bras line following a complete redesign by an all-female team to improve fit and function. The ads are somewhat lacking in the bra department, however.

The sportswear brand posted a grid gallery of 25 pairs of breasts to illustrate how the support provided by 43 different bra styles ensure that everyone can find the perfect fit, irrespective of breast shape and size.

Adidas alighted on the social platform as one of the few outlets it could legally post the close-up gallery, with exposed women’s chests still largely shunned within marketing and media – be that voluntarily or as a result of blanket bans.

Nevertheless, the ad drew a tepid reaction from social media users, with some questioning why a sports bra ad wouldn’t depict a single bra, while others questioned whether such material should be posted on a platform visited by people under 18.

Others called out the perceived ’gratuitousness’ of the tweet.

This drew a response from Adidas reiterating that its motivations were driven by a desire ”to celebrate bodies in all their glory and proudly showcase how different we all are”. Doubling down on this position, the brand followed up by tweeting: ”Breasts are a natural part of the anatomy. It’s time to remove the stigma to allow future generations to flourish.”

Here, Adidas won some much-needed support in the shape of advertising consultant Cindy Gallop who congratulated the brand for its upfront messaging while pouring scorn on the heavy-handed bans on nudity employed by Facebook and Instagram.

Global CEO at Essence Kyoko Matsushita Joins My XXY Advisory Board.
“Diversity Must Come From the Top.”