by Roastbtrief
in Brands
Reading Time: 4 mins read
A A 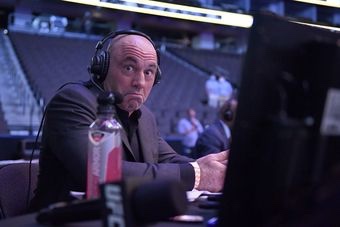 After Neil Young protested the app, advertisers may consider whether the public spat poses risks to their own images

Spotify’s relationship with podcast star Joe Rogan has sparked a new debate about brand safety—and brand activism—in the ad world, after artist Neil Young pulled his music from the app, and some listeners protested what they claimed was COVID-19 misinformation on the platform.

On Friday, the Rogan controversy was still simmering, and trends like “#CancelSpotify” were appearing on Twitter. Rogan has taken heat during the COVID-19 pandemic because of his contrarian opinions on vaccines and public health policies. Young, in a public letter, claimed Rogan spread “fake information about vaccines.” Spotify stuck with the famous podcaster, and granted Young’s request to remove his songs.

The Rogan dilemma re-raises questions about how much control platforms should apply to content creators on their sites, and how much control advertisers have over supporting content that conflicts with their “purpose-driven” marketing messages, according to Lana McGilvray, CEO of Purpose Worldwide, a marketing strategy consulting firm.

“The Spotify, Joe Rogan situation puts purpose-driven brands to the test,” McGilvray said. For Spotify, as a brand, it’s the company’s “prerogative” to make the decision it made to stick with Rogan over Young, McGilvray said.

For years, especially since the pandemic exacerbated social division in the U.S., advertisers have been more outspoken about corporate responsibility. Spotify’s advertisers would have a tough decision to make about supporting the platform, McGilvray said. So far, there have been some tweets about listeners canceling Spotify, and some calls asking brands to join the protest, but most advertisers are not jumping into the fight. Apple, a Spotify rival, did tweet a message calling itself “the home of Neil Young.”

SiriusXM also called attention to its own collection of Neil Young music.

Now seems like a good time to let you know @NeilYoungNYA Radio is back on SiriusXM 😉 Listen here: https://t.co/Zv6idYpHcL pic.twitter.com/ISEsuSYpPi

Lou Paskalis, president of the Mobile Marketing Association, who has been a leader on “brand safety” issues for years, said that the Rogan controversy has not erupted into a serious advertising problem for Spotify.

But if other artists that are “more current” follow Young, Paskalis said it could become more of a “cultural imperative.” “But right now it just feels like an activist investor challenging the status quo at a big company,” he said.

Paskalis said that Spotify’s decision to side with Rogan is an indication of where the business is headed. Podcasts are an important growth driver for the platform, with 381 million monthly users. In the third quarter, Spotify said ad revenue will top $1.1 billion in 2021, citing “excitement from advertisers for the podcast industry.”

Spotify ad revenue grew 75% year over year in the third quarter. As for Rogan, Spotify sells ad space in his podcast directly to advertisers, meaning they have to opt-in to appear there.

Spotify’s Rogan predicament is similar to ones other platforms have faced. In 2020, brands boycotted Facebook for a month to protest what critics deemed to be disinformation and hate speech. YouTube, owned by Google, is continuously at the center of public debates about what type of creators it allows to stream on the site. Twitch, Twitter and TikTok have all faced questions over how they apply their policies in moderating content.

At the start of the pandemic, Spotify lured Rogan to the app with $100 million to stream his show exclusively. Rogan has been a lightning rod ever since, receiving backlash for the way he covers COVID-19 and other subjects.

Rogan has also been a draw for advertisers. Omnicom Media Group committed $20 million to the app in 2020, telling Ad Age “Rogan fueled a lot of the momentum” leading to the deal. An Omnicom spokesperson was not immediately available to comment.

Spotify has said it needs to balance free speech and public safety in its policies. Spotify does ban dangerous COVID misinformation, but that could be a blurry line to draw.

“We want all the world’s music and audio content to be available to Spotify users,” Spotify said in its public response. “With that comes great responsibility in balancing both safety for listeners and freedom for creators. We have detailed content policies in place and we’ve removed over 20,000 podcast episodes related to COVID-19 since the start of the pandemic. We regret Neil’s decision to remove his music from Spotify, but hope to welcome him back soon.”

Ana Milicevic, principal of Sparrow Advisers, a digital consulting firm, said that advertisers could just avoid Rogan’s show if they strongly disagree with his views, but a broader pullback from the app was unlikely. “I doubt those that advertise on Rogan’s show are anywhere near blue-chip brands,” Milicevic said.

The best creative festivals and conferences in 2022