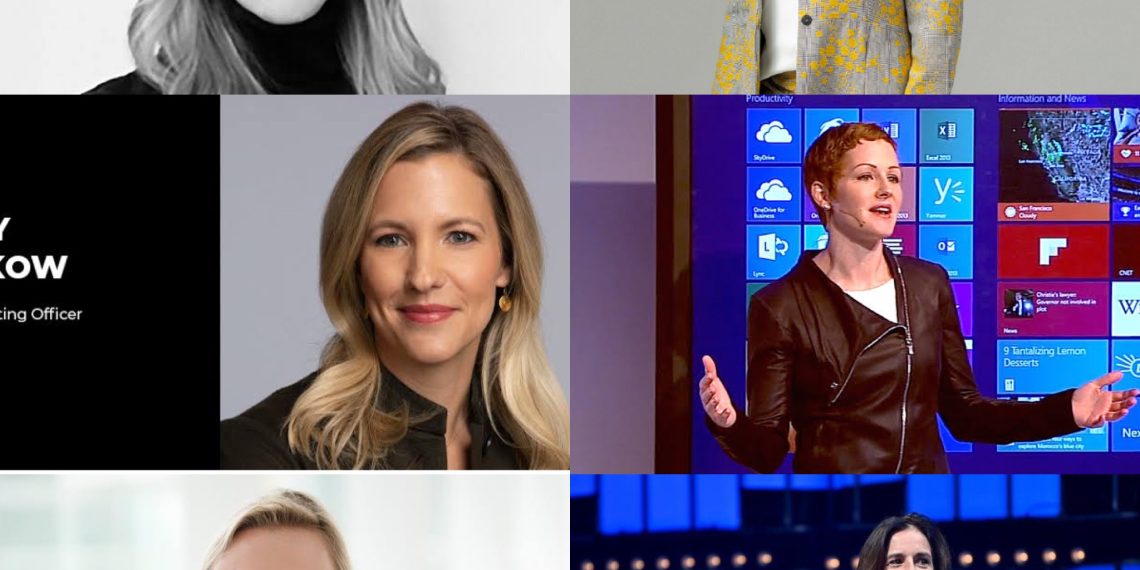 In 2020, about 47% of all CMO appointments were women, up from 43% in 2019 and 36% in 2018 according to the latest CMO Tenure Study from executive search firm Spencer Stuart. Women represented more than half (52%) of the incoming class of CMOs in 2020, an increase from the previous year. With not much significance in female CMO appointments in 2021, here is a list of our top amazons set to break new grounds as CMOs.

Following its decision to localize its management team, Nigerian telco giant, MTN in August 2021 appointed Adia Sowho as its first female Chief Marketing Officer (CMO). She is interim CEO at Thrive Agric, one of Nigeria’s largest agri-tech startups. Prior to her current role, she was the VP of Growth and Managing Director, Nigeria for Migo, a machine learning-powered instant credit platform. At Migo, she grew the company’s userbase to one million users and led its expansion to Brazil. Prior to that, she was the Director of Digital Business at 9mobile (formerly Etisalat Nigeria) where she partnered with startups to deliver mobile content, advertising, financial, and API services to the company’s 23 million users.

In May 2021, Omnicom’s DDB Worldwide, a global marketing communications network, appointed Donna Tobin as its new Global Chief Marketing officer. With over two decades of agency and brand experience in marketing and advertising, Tobin has served global agencies and brands such as Arnold Worldwide, Grey and VaynerMedia, Ocean Spray, Hasbro and WPP’s Kantar. She was the EVP of Marketing, Communications, Events and Partnerships at the American Association of Advertising Agencies (4A’s) where she led the organization’s new vision, mission, marketing and communications strategies, and the re-imagination of the 4A’s virtual thought leadership events.

Global advertising agency, Leo Burnett appointed Emily Doskow as Chief Marketing Officer for its U.S operations. Doskow’s appointment marked her return to Leo Burnett, where she spent several years leading the Coca-Cola account team—culminating in the brand being named Ad Age’s 2011 “Marketer of the Year”—prior to a successful tenure as VP, Director U.S. Growth, spurring the future direction for her career.

She joined Leo Burnett from Energy BBDO, where she spent the last three years at the helm of business development, architecting the teams and processes that led to significant global-scale wins and helping build and market new capabilities to drive organic growth.

In November, PepsiCo announced Jane Wakely as its executive VP, chief consumer and marketing officer and chief growth officer, international foods. Wakely joined PepsiCo with 28 years of marketing experience at Procter & Gamble and at Mars, where since 2019 she served as CMO of Pet Nutrition, one of the largest divisions of Mars’ $40 billion portfolio. She was previously Global CMO of their Chocolate Division. She has operated globally and in highly complex product categories, brands and businesses across a variety of growth, turnaround and transformation challenges.

Disney is creating their own Metaverse!!