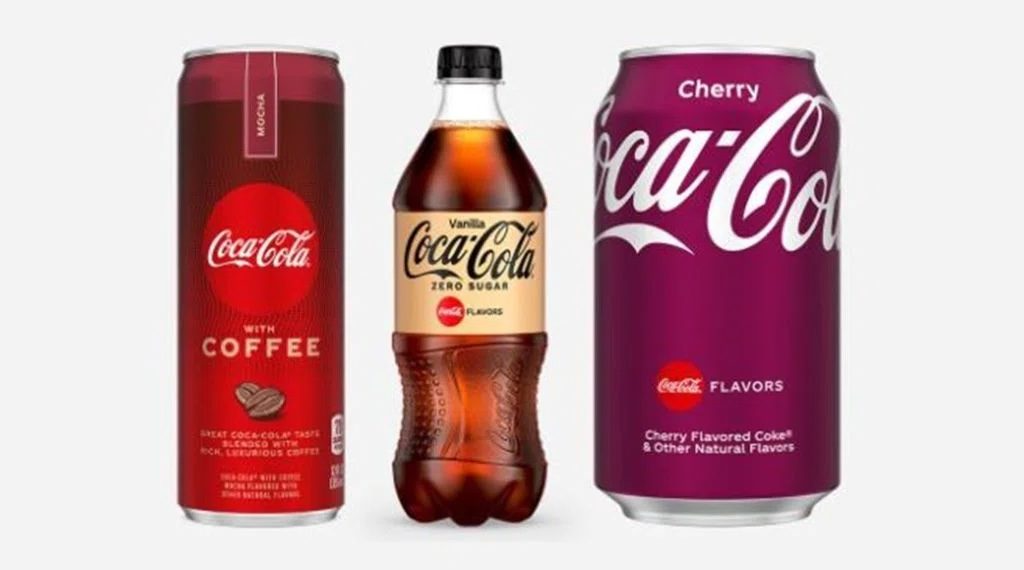 Coca-Cola is set to unveil a line of redesigned cans for its flavored and zero-sugar products as well as a new mocha-flavored coffee drink.

Fans of cherry, vanilla, and cherry vanilla-flavored cans will notice that the famous Coca-Cola logo is enlarged and shaded in either white or black lettering to make it easier for consumers to tell the difference between regular and sugar-free.

The Atlanta-based soft drink giant says that the redesigned cans of Coke with white lettering indicate that it has the full complement of sugar while the black-shaded logo is intended to mark the products that are zero sugar.

The redesigned packaging will be available in stores later this month.

“We wanted to modernize and simplify the look of our packaging to help consumers find the flavor they’re looking for on the shelf through a colorful but clean packaging design,” said Natalia Suarez, senior brand manager of Coke Choice Portfolio.

Coca-Cola will also introduce its new Coca-Cola with Coffee Mocha flavor next month.

It will join other coffee-flavored drinks already on store shelves, including Dark Blend, Vanilla, and Caramel, which debuted last year to great fanfare.

The mocha-flavored offering packs a caffeinated punch. Each 12-ounce can has 69 milligrams of caffeine — almost double the amount found in a typical can of Coke.

Last summer, the company announced that it would change the formula for Coke Zero — the sugarless drink whose taste was supposed to mimic that of its classic, sugary original.

The company also announced on Wednesday that it will roll out a pilot program in which self-driving vehicles will deliver its newest products to customers in Chicago, Los Angeles and New York.

Shares of Coca-Cola rose by 0.16% on Wall Street on Wednesday.