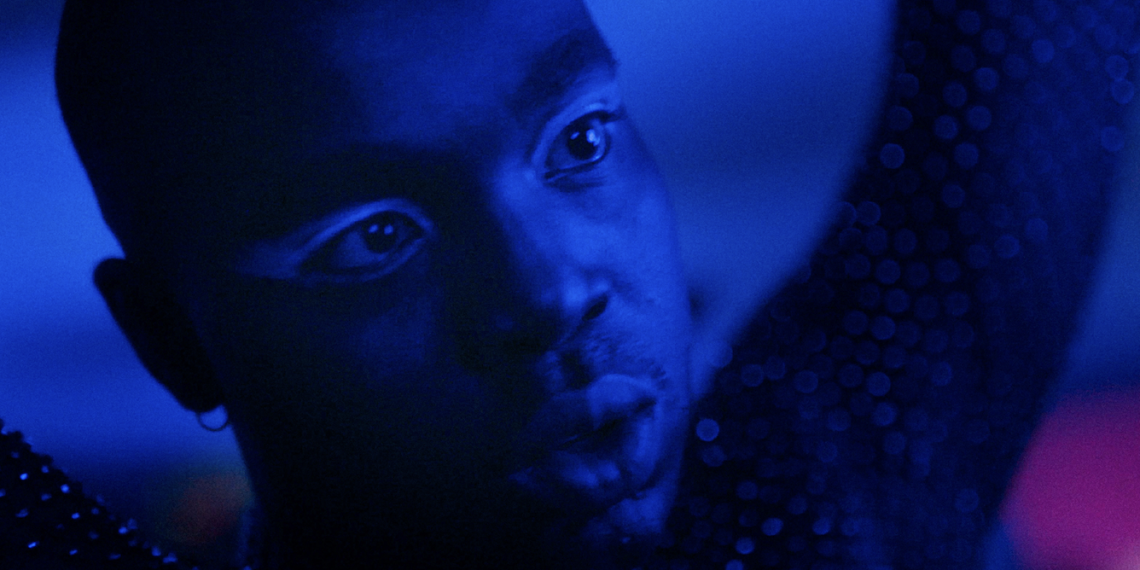 Writer/director duo Sam H. Freeman and Ng Choon Ping’s FEMME takes a traditionaly testosterone-drenched genre and flips it, reimagining the darker edge of London’s nightlife through a queer lens. It was born of their love for the crime-thriller genre, but also – as queer artists – out of feeling excluded from it. This topical film premiered at the Oscar-Qualifying SXSW, alongside the London Film Festival and took home the top prize at the BIFA’s.

Jordan is a femme gay man – a label he wears proudly. But every time he steps out of the house with his lipstick on, he remembers his dad’s stark warning: the world will always be a dangerous place for a boy like him.

After suffering heartbreak at a nightclub, Jordan meets Wes, a drug dealer, out on the street. Wes is flirtatious, masculine, and exactly the kind of boy Jordan’s dad warned him about. Throwing caution to the wind, Jordan gets in Wes’s car, and the night takes a dangerous turn…

The film stars Paapa Essiedu (I MAY DESTROY YOU/GANGS OF LONDON) and Harris Dickinson (THE KING’S MAN/BEACH RATS).

Writer/Director Ng Choon Ping is a BIFA winning writer/director. He is set to direct THATCHER IN CHINA at the National Theatre, an epic multi-generational political drama about the troubled return of Hong Kong by the British to Beijing. Recently Ping directed Macbeth at the Bristol Old Vic, and a new adaptation of Strindberg’s MISS JULIE at the Hong Kong Arts Festival. He’s the recipient of multiple prestigious awards in recognition of his work which has featured at the National Theatre, Royal Shakespeare Company, and Young Vic.

Writer/ Director Sam H. Freeman is also a BIFA winning writer/director who has just wrapped running the writers’ room for his own original series THE CORRIDOR, with Bad Wolf producing for HBO Max. His serialised thriller ARCADIA is being produced by Scott Free for the BBC, and he recently wrote the lauded episode 3 of INDUSTRY for HBO/BBC. His first original series UNMASKED sold to Disney.

Producer Sam Ritzenberg is a BIFA winning producer whose films have played at major film festivals around the world. As an executive producer, his TV series have resulted in deals with CBS and Quibi. Sam took over the head of TV and Film position at Agile in 2019. Fellow Producer Hayley Williams is a BIFA winning producer. Before landing as a development producer for Agile Films, Hayley was the head of music videos for Agile where she developed and produced for top UK directors. Producer Rienkje Attoh has worked on long and short-form content across documentary, fiction, and animation. In 2020, Screen International announced Rienkje as a UK and Ireland’s Star of Tomorrow.

Agile Films produce unique and character-driven films and television that aim to inspire and entertain. They work with rising and established writers, directors, and on-screen talent from both the UK and internationally to develop and produce bold and distinctive stories across all genres.